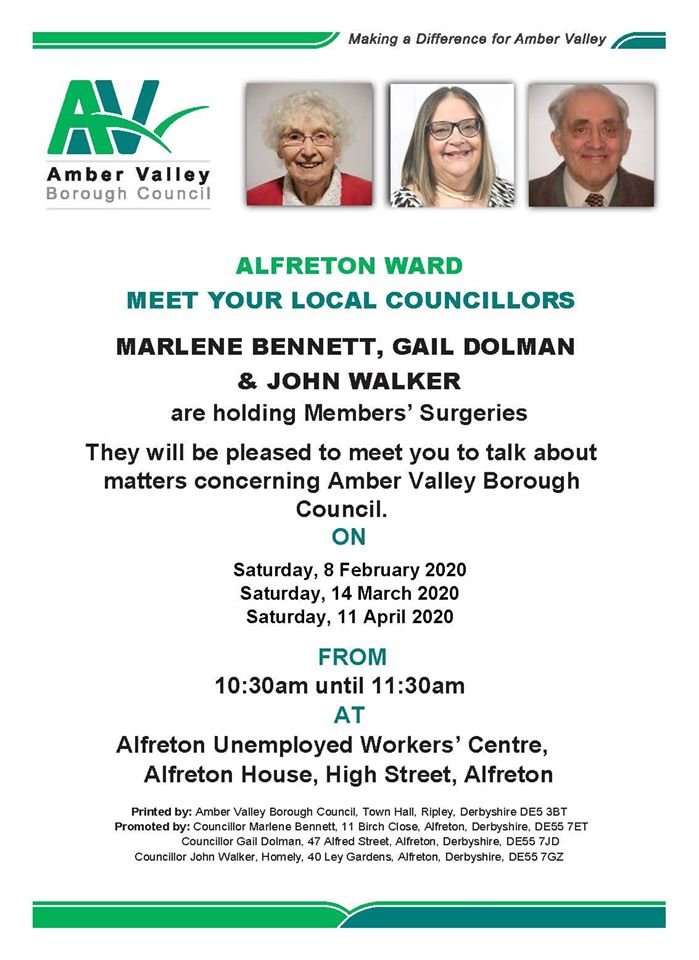 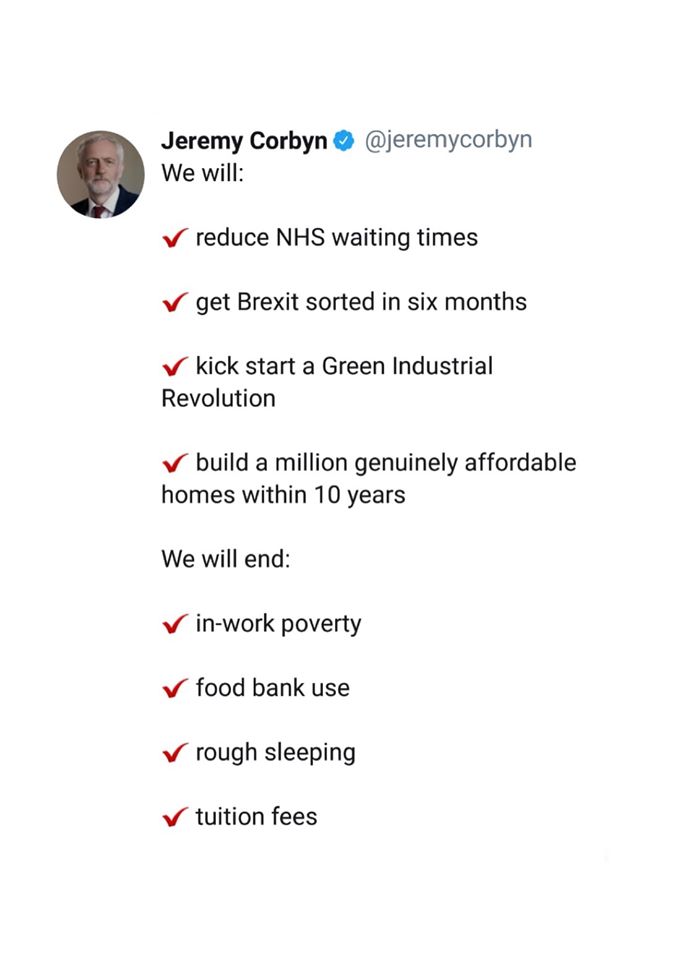 Collecting signatures for our petition
​to save TV licenses for over 75s.

This is how the Tories in Amber Valley play politics.
Tonight, cllr Atkinson moved a motion, to write to the secretary of state for education asking to reverse the cuts to our schools since 2008.
The Conservatives didn't want to be seen to vote against it - so they moved a amendment to refer the matter to the county council instead. Seven of them are county councillors - so they will know that the county has already voted not to write to the secretary of state for education.
Also tonight, they refused to back a scrutiny committee recommendation for all parts of the council to do Health Impact Assessments on policies where applicable and possible. This is at a time when the health inequality between wards in our borough is huge.

Campaigning for a better Alfreton and District 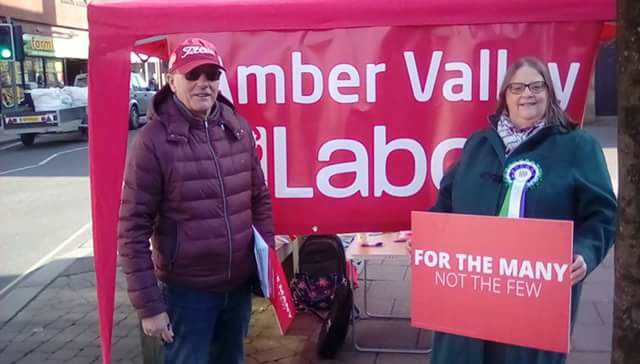 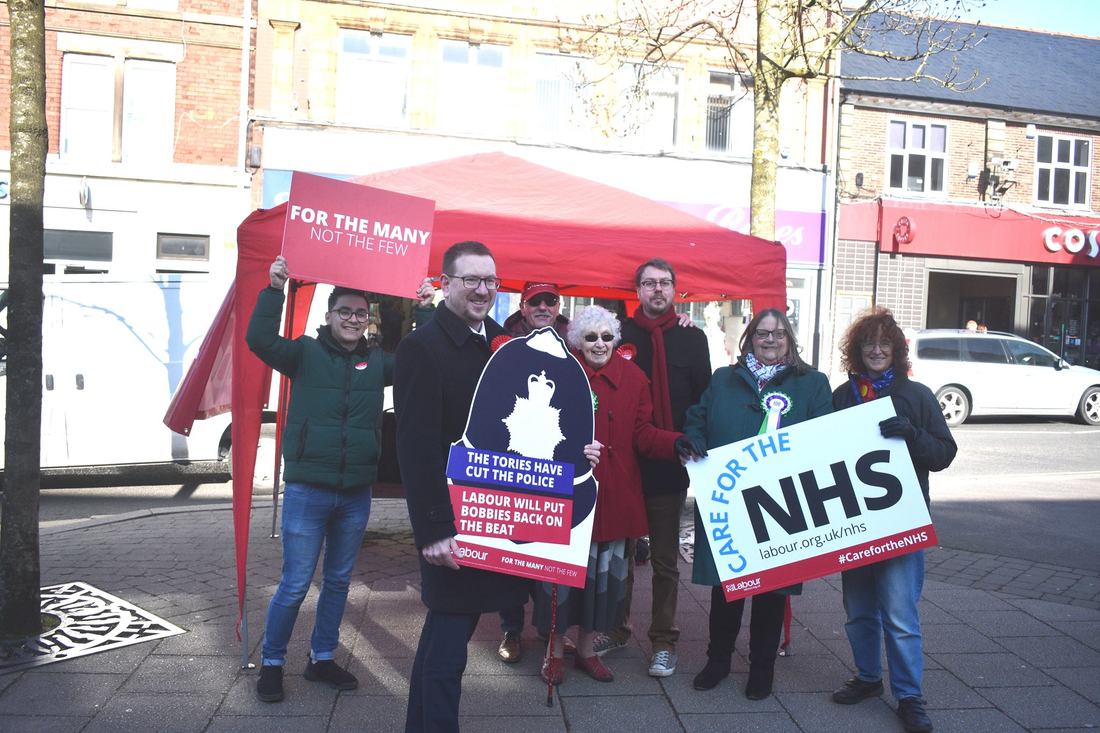 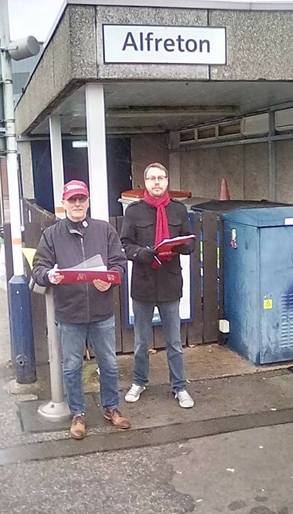 Excellent morning Steve and our Swanwick candidate for Borough Elections Dr C Robinson
Meet your local Labour Councillors
Members’ Surgeries give local residents the opportunity to meet their local councillors to discuss matters of local interest. Members’ Surgeries relate to the residents who live in the area where the Surgeries are taking place. For further details regarding Members’ Surgeries, please contact Alison Steeples on 01773 841636.

​Saturday, 2 December 2017 – Alfreton
Residents of the Alfreton ward will have the opportunity to meet their local councillors on Saturday, 2 December 2017 from 10am until 11am at the Alfreton Unemployed Workers’ Centre, Alfreton House, High Street, Alfreton. Councillors Marlene Bennett, Gail Dolman and John Walker will be pleased to meet you to talk about matters concerning Amber Valley Borough Council.

Elections
​MORE NHS CUTS TO ERODE GP SERVICES IN RIPLEY
Continuing Government cuts have claimed their latest victim. The Jessop Medical Practice – at Church Farm in Ripley – is to relocate to the Greenhill Primary Care Centre in Leabrooks for cost reasons. This would still leave the ‘Ivy Grove’ GP Practice and Boots pharmacy on-site at Church Farm.
The Jessop Medical Practice has written to its patients outlining plans to close its Ripley surgery saying: “it is inevitable that the branch surgery in Ripley will close.”
Local Labour County Councillors Steve Freeborn and David Williams are dismayed and see it as another example of the effect of the continuing Government cuts, forced onto NHS services through Clinical Commissioning Groups (CCGs). The councillors believe that yet again, Ripley public services are bearing the brunt of the Conservative Government’s cuts.
For further information:
David Williams 07969 145241
Steve Freeborn 07977 058294
Cuts to welfare will drive another million children into poverty, according to a new report. 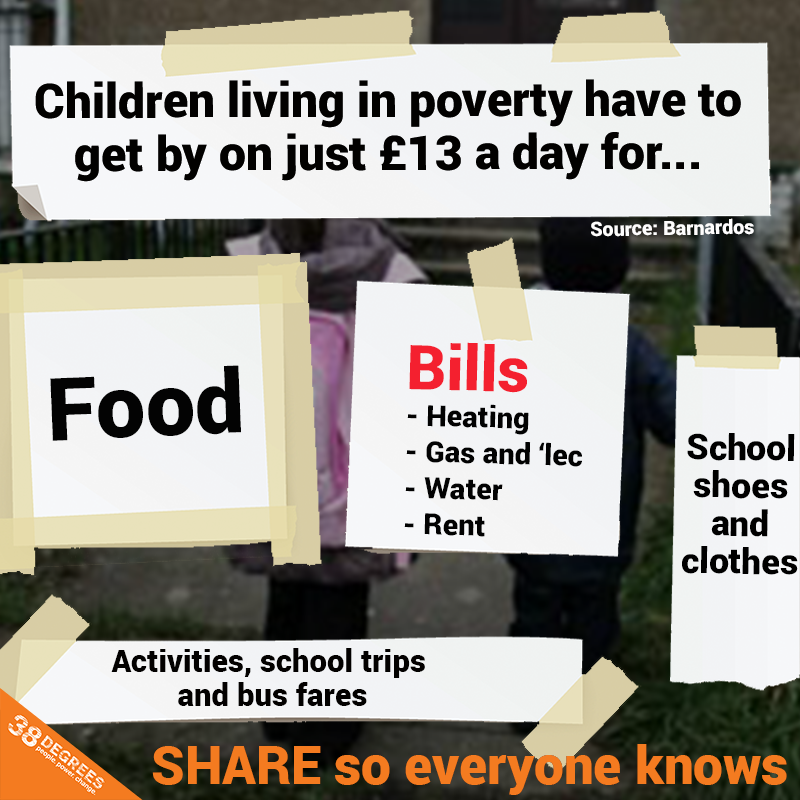 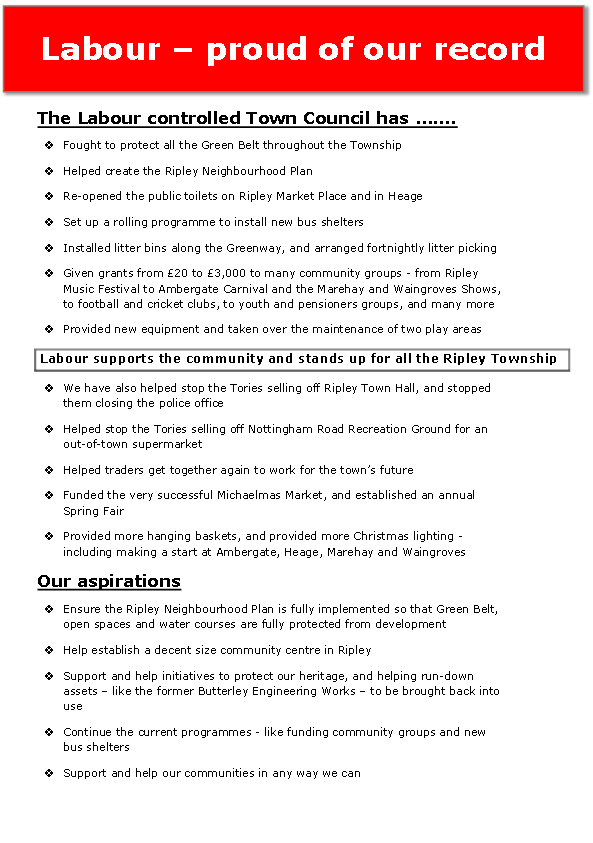 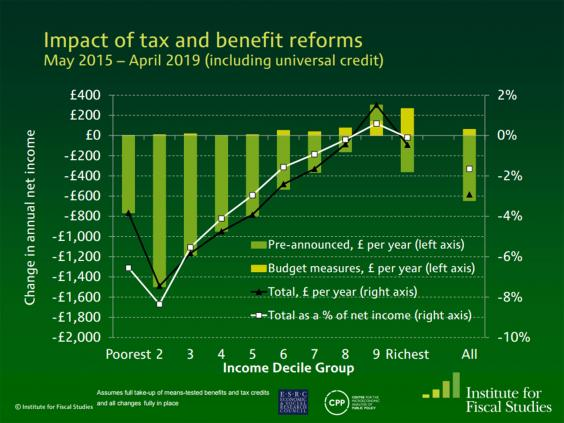 ​The Tories are trying to overturn a court ruling, so that they can deny 160,000 disabled people the support they need to live independent, safe lives. We’re fighting to force the Tories to U-turn – and we need your help. Sign this urgent petition
Sign the petition 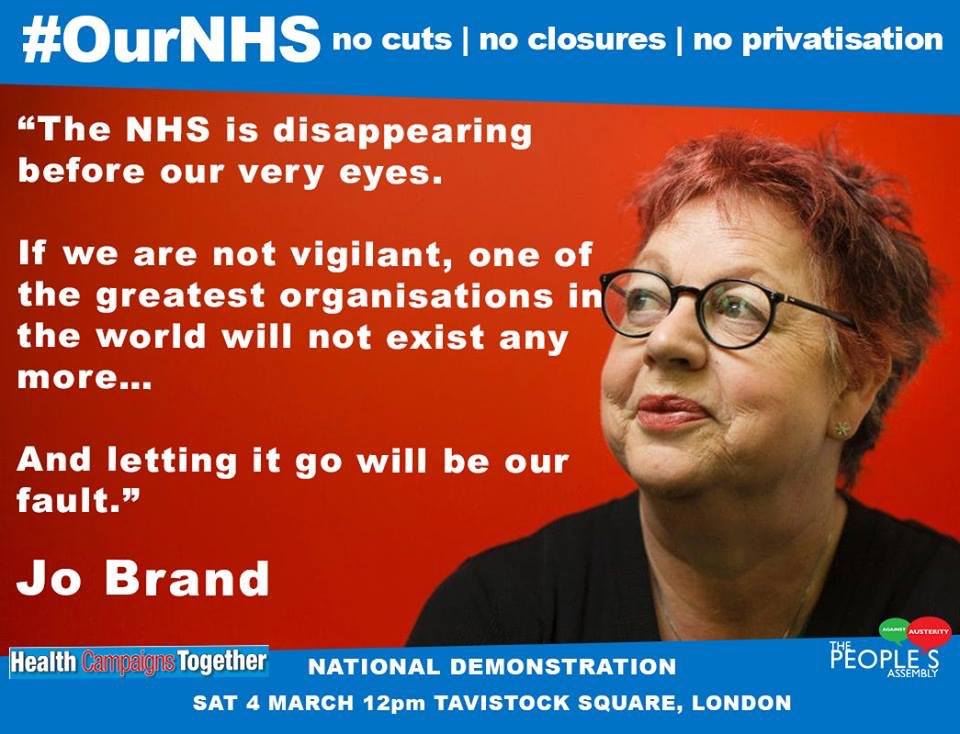 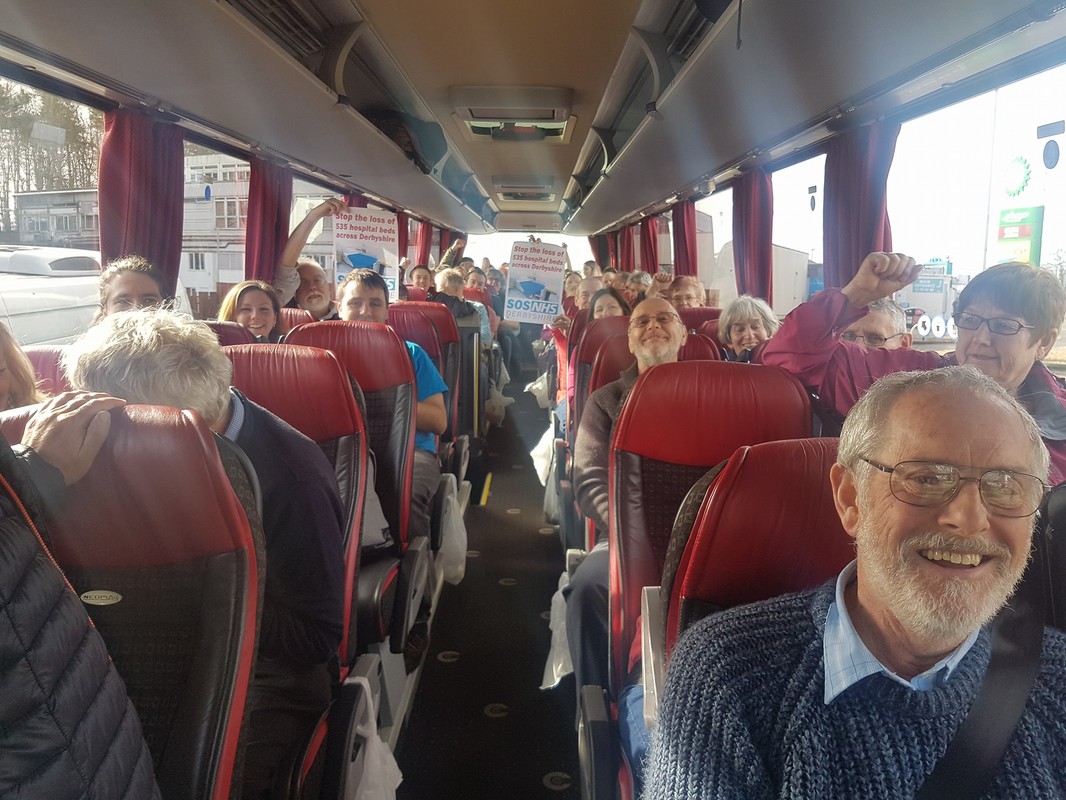 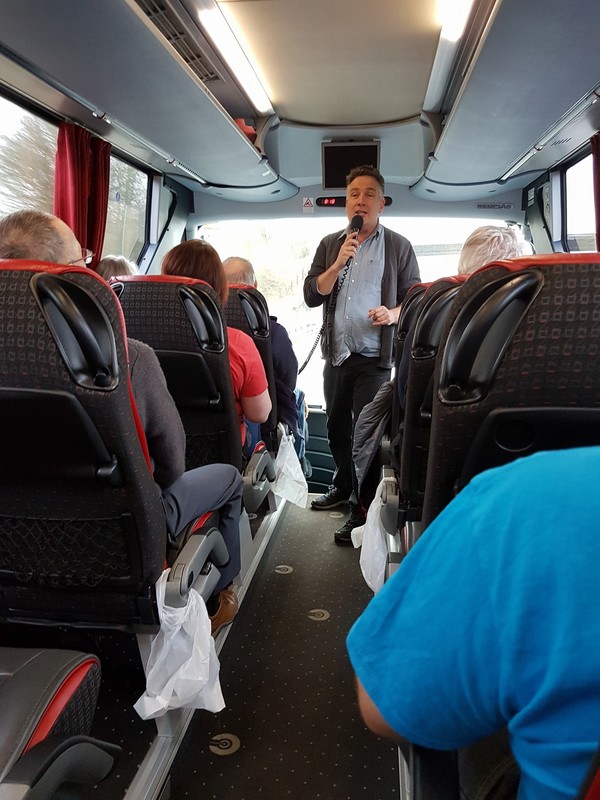 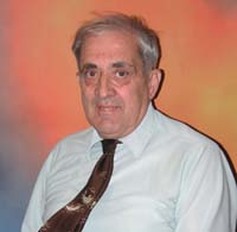 Four events will also be held during the consultation period, where Community Planning officers will be available to hear any views and answer questions. Details of the events are as follows:

For further information, please contact the Community Planning team on 01773 841584 or ldf@ambervalley.gov.uk.

The Core Strategy will be the key document shaping the future growth of Amber Valley. It will establish the vision, objectives and proposals for what sort of place we want Amber Valley to be by 2028. It will set out the main locations for new development and how this will be managed and will seek to address a range of issues facing Amber Valley. It will also set out the spatial policies to deliver the overall objectives and priorities of the Borough Council and its partners.

We have published consultation documents to engage with partners, stakeholders and local residents before the formal publication of the Core Strategy later this year, which will be the subject of further consultation prior to the submission of the plan to Secretary of the Secretary of State.

We would welcome comments on what you think about the Vision, Strategic Objectives and policies that are outlined in the draft Core Strategy. We would also welcome comments on the accompanying draft Sustainability Appraisal and draft Infrastructure Delivery Plan.

We are working closely with South Derbyshire District Council and Derby City Council to address cross boundary issues arising in relation to the Core Strategy and consultation on similar documents by these authorities will be taking place later this year.

The draft Core Strategy, Sustainability Appraisal and Infrastructure Delivery Plan will be available for inspection at the following venues from Monday 1 July during normal opening hours:

These are also available on the Council’s web site at www.ambervalley.gov.uk

Comments can be made by using the on-line form available via the Council’s website www.ambervalley.gov.uk/draftcorestrategy although forms will also be available at the above locations that can be completed and delivered in hand or by post to: 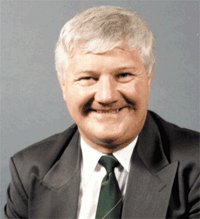 ‘I would like to make a request that when we get to the item on the LDF Strategic sites that each site should be taken separately to enable the members to place all the arguments in front of all the Councillors so that can fully understand the issues for each site. I believe there will be some sites which might be more acceptable to the Members than others and with this being one of the major decisions that the council will be taking for some time I believe that this should be the way to deal with this.’

A reasonable request you I would think but the response from the Leader of the Council clearly shows that he has no intention of allowing this. 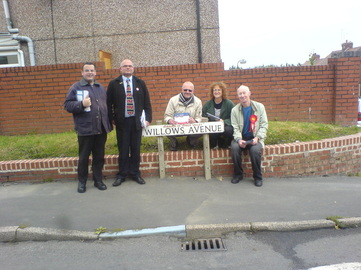 Labour activist taking the Labour message out in Alfreton today 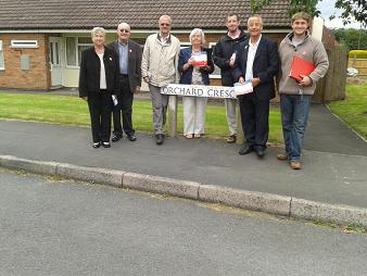 The Boundary Commission has now delivered its final recommendations for the Derbyshire County Council wards for the 2013 elections. The Tories had suggested that the village of Waingroves should be moved into one of the Heanor Wards out of the Ripley & Codnor Ward. The commission saw through the Tory attempts to make Ripley a ‘safer’ seat and water down the Labour majority of the Heanor Ward. It was fully recognised during their discussions that Waingroves has always been part of Ripley and indeed is a ward of the Ripley Town Council and dismissed the Tories gerrymandering. The move to  try and help Cllr Bowley ( husband of AVBC deputy leader Liz Bowley) retain his seat has now failed.

In the second part of the ‘carve up’ the Tories wanted to make the seat of Alfreton & Somercotes into a different named area and have two separate members but this suggestion was also thrown out by the commission to remain in line with two main settlements.

The full report can be found here

Heanor  Borough Councillor Paul Jones  said  ‘ I am bitterly disappointed that despite their promises Heanor remains one of only 2 of the main Towns without a Green Flag. My colleagues in Alfreton feel exactly the same I am sure. I am sure that it has nothing to do with the fact that both Towns do not have any Tory Borough Councillors’

Green Flag Award recognises well-managed, high-quality green spaces.  Any green space in the UK is eligible to win this award providing it is freely accessible to the public.  Previous winners include parks managed by local authorities as well as those run by community groups and trusts.  The scheme was set up in 1996.

Not content with failing to comply with the Council’s Code of Conduct in the information on their leaflets.The Tories have now turned to contacting pensioners by telephone urging them to use their postal votes to support them.

The following is from the Amber Valley SOS Facebook page

”OAP’s in Kilburn,Denby,Holbrook ward have contacted us to say they are being telephoned by Tory candidates in a late bid to secure postal votes. How they obtained OAPs phone numbers is a mystery. Targeting the old and infirm- a cheap and nasty election practice !These Tories seem to have no principles.”

This is not the end of it they have even been issuing leaflets in Swanwick,where there is no election , which has prompted one local resident to post this message , also on the Amber Valley SOS Facebook page

‘We’ve received this from a furious Swanwick resident who has sent it to Nigel Mills because the residents in Swanwick have little respect and faith in the AVBC Tories and indeed the local Tory  M.P.