Councillors Maurice Neville (Belper Central) and Councillor Ben Bellamy (Belper North) both selected to fight those seats again for Labour in the Borough elections in May. Only two Belper Borough seats up for election in May. 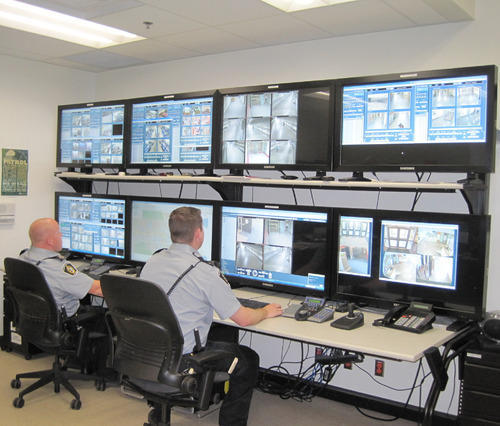 Switch on for additional CCTV cameras in Amber ValleyFour new state-of-the-art CCTV cameras are now operating in Amber Valley to assist police in their mission to reduce and deter crime in the towns of Alfreton, Belper, Heanor and Ripley.
Like the existing cameras, which were upgraded recently, the new cameras have powerful zoom-in features, meaning they can cover a remarkably wide area. They deliver high-resolution images to a control room which is monitored 24/7. There is one new camera in each town as part of this first phase.
The cameras are also re-deployable, meaning their location can be moved dependent on changes in infrastructure and crime hotspots.
Commented Amber Valley Borough Council’s portfolio holder for regeneration and community safety, Councillor Ben Bellamy: "This increase in CCTV cameras has been carried out as a direct result of feedback we have received from the borough’s residents, and has been delivered as promised. Anyone who thinks about committing crime or anti-social behaviour in our borough should think again. In phase two, we will be looking at extending the CCTV network in partnership with parish councils, to provide more peace of mind to residents in all communities and additional support to the police in prosecuting criminal acts."

First new CCTV cameras are up and working, and Town council is on the way to adding the next one in the scheme.