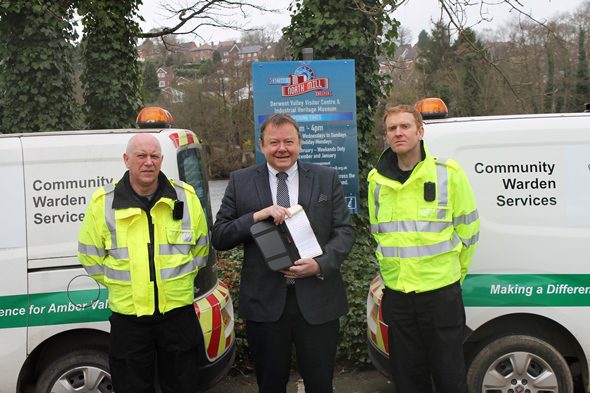 New measures to deal with the blight of fly-tipping have been introduced in Amber Valley, with “Fixed Penalty Notices” of £400 for some offenders.
A meeting of the Amber Valley Borough Council’s Cabinet approved the introduction of the new powers recently made available under the ‘Unauthorised Deposit of Waste (Fixed Penalties) Regulations 2016’. The maximum fine allowable of £400 will be used in Amber Valley.
The Council believes that the implementation of Fixed Penalty Notices will have a more positive effect on the level of fly-tipping reported. It is hoped that Fixed Penalty Notices will provide a more appropriate and cost-effective method of dealing with low level offences, rather than prosecution through the courts.
Figures for 2016 show that Amber Valley received 549 reports of fly-tipping. Difficulties such as securing witness statements, the willingness of witnesses to attend court, or a lack of credible evidence to identify who has deposited the waste, can make enforcement actions difficult.
In order to provide the maximum deterrent to potential fly-tippers it is recommended that the Fixed Penalty Notice is set at £400. The Council has the ability to reduce this to £300 to encourage early repayment.
For the most serious of cases, or where repeat offences have been committed, there is still the option to prosecute an individual or business who would be liable to a fine, not exceeding £5,000, if they are convicted by a Magistrates Court, or an unlimited fine in the Crown Court.
Commenting on the new powers, Amber Valley’s Cabinet Member for Environment, Cllr Chris Short, said:
"Fly-tipping is a significant blight on local environments, a source of pollution, a potential danger to public health and is hazardous to wildlife. It also undermines legitimate waste businesses where unscrupulous operators undercut those operating within the law. These additional powers will be a big help in tackling this serious issue.”

A progressive Labour Council in action 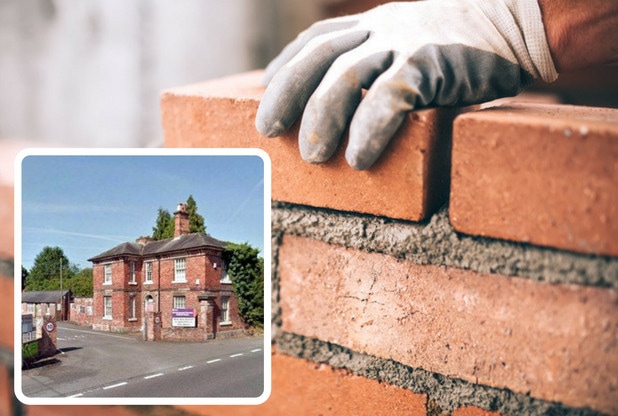 The council highways depot in Duffield is one of the sites that will be used to build homes on.
Derbyshire County Council has come up with a new way to raise cash to spend on its frontline services - by building and selling homes on land it owns.
The authority has set up a company called Derbyshire Developments Ltd, which will develop land the authority no longer needs with any profits being returned to the council.
​
Architects are currently preparing a planning application for housing for a former council highways depot in Duffield, while plans have already been submitted to build 28 homes on the site of a former primary school in Danesmoor, Clay Cross and work is expected to start later this year.

Derbyshire County Council's cabinet member for council services, Councillor Andy Botham, said: "With declining Government grants and increasing demand for many of our services we need to find new ways to bring in money.

"Setting up Derbyshire Developments is a bold and innovative way to do just that. By developing land we no longer need ourselves we will keep the profits we make in Derbyshire."
There are a further ten sites across Derbyshire that have been identified for development, and another 300 sites the council has decided it no longer needs. Derbyshire Developments will consider potential uses for all of these sites as part of a strategic development programme. Details of the other ten sites in the county have not yet been revealed.

Chairman of Derbyshire Developments, Jon McLeod, said: "Derbyshire Developments is an innovative public interest company designed to generate returns for the people of Derbyshire, both in terms of the new housing and infrastructure it creates, and in terms of the income it generates for the benefit of council tax payers. I look forward to leading this exciting new project."
Further details about who will actually build the homes and how much they will cost are expected to be revealed at a later date.

#CareforDerbyshire You might wonder why we use a lot of green? It helps people with dementia recognise staff & features more 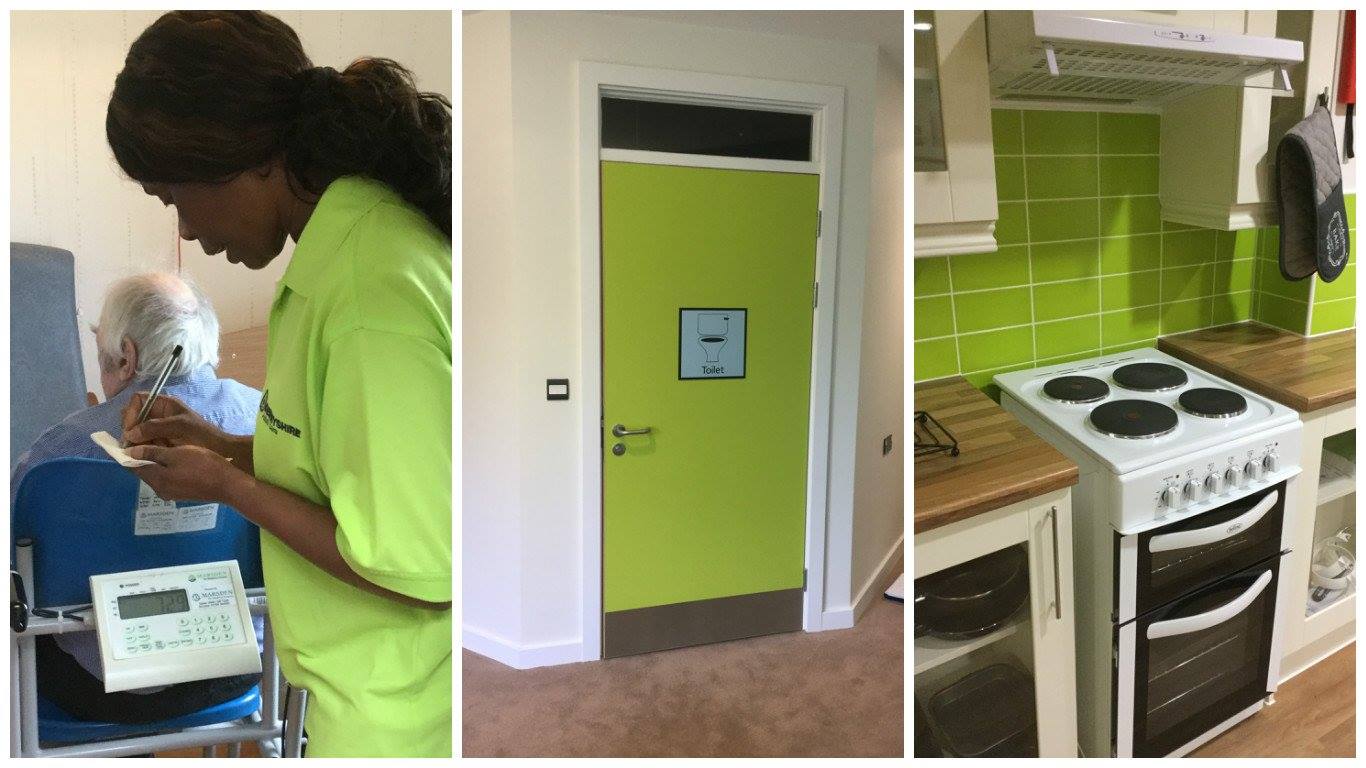 Kevin with a local resident installing our banner and a few 'Vote Kevin Gillott' garden stakes. Please let us know if you'd like one for your garden! 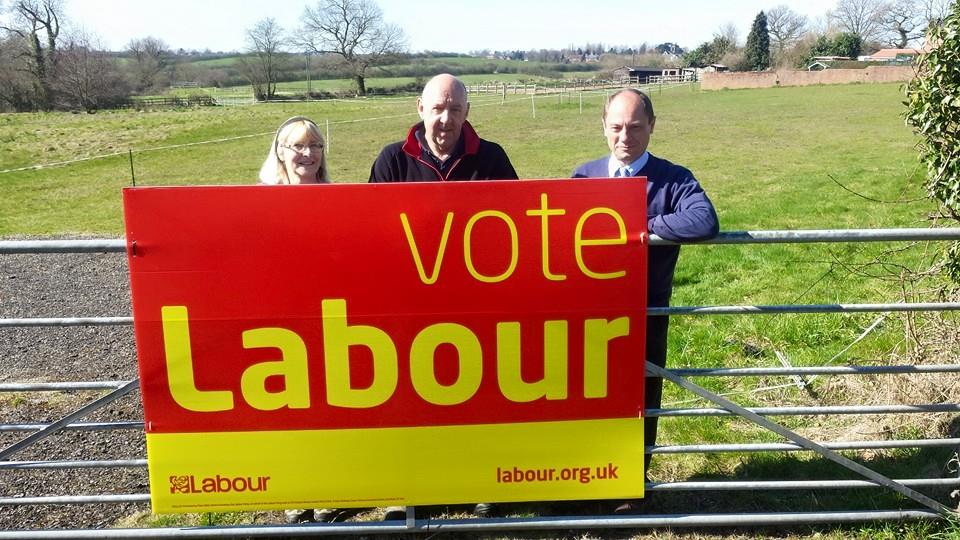 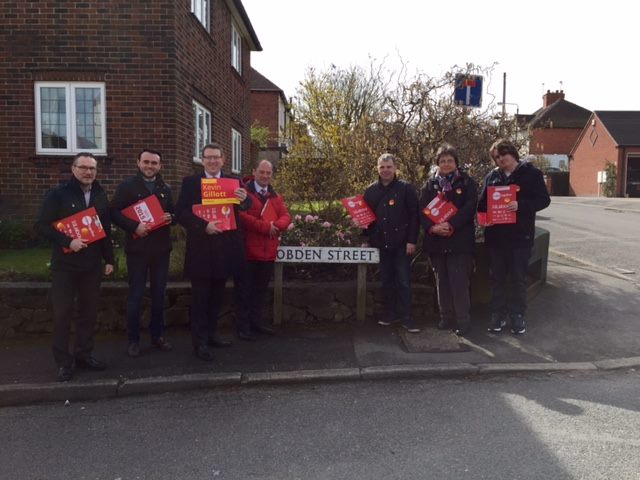 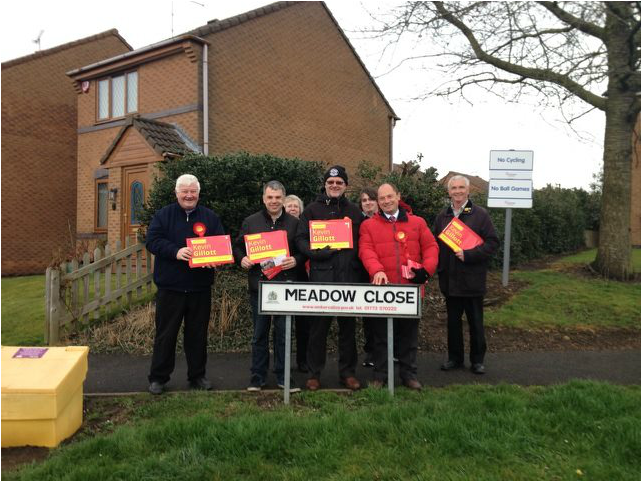 Interesting increasing the personal allowance to £12,500 would be worth only £28 to a household in the poorest 20% but £445 to one in the richest quintile, demonstrating why commentators understand this reform as a ‘giveaway to the rich masquerading as help for the poor’.
Amber Valley Borough Council is preparing itself for the possibility that funds available for Discretionary Housing Payments to residents may not meet demand.

Discretionary Housing Payments are a way for local authorities to make additional payments to those in most need, above and beyond amounts awarded under the statutory Housing Benefit scheme. The Government has provided councils with grants to enable them to make these payments, but has now announced it will be reducing this grant for the next financial year.

One of the most significant factors affecting Discretionary Housing Payments has been the number of people who have experienced a reduction in their Housing Benefit award because they are deemed to have one more bedroom than they need – the so-called Bedroom Tax.

Commenting on the situation, Leader of the Council, Cllr Paul Jones, said: “We are predicting a situation where the Government grant available to us will not cover the Discretionary Housing Payments that we should be making. Given the state of local government finances it is also highly unlikely we will have the funds to make up any shortfall.”

Amber Valley Borough Council’s element of the Council Tax will not increase next year. This is the news that will be given to a meeting of the Full Council, by Leader Cllr Paul Jones, on Monday (2 March).

Cllr Jones, commented: “We are very happy to be able to announce no increase in Council Tax, but the future for local services is looking very bleak when we consider the projected reduction of 90% in the Council’s external grant by 2020. This clearly shows that this government does not see local services as a priority.”

The Council has identified £165,000 of savings which have come from additional income being generated from services, and reductions in salary costs from natural wastage. During 2015 it will be seeking to increase its commercial income rather than reduce services.

For every pound collected in Council Tax, less than 10 pence goes towards Borough Council services the majority of the cash collected goes to the County, and Police.

A presentation has been made to members of the hard-working Princes Trust team who helped create a great new resource for charity United Response, at Shipley Park.

The group of 16-25 year olds put in a solid two weeks’ work in bitter conditions to transform the land and create a poly tunnel, after a long period of disuse.

Council and Labour group leader Paul Jones said’ I have worked with Andy at the County Council and he is a person who is well respected, hard working and committed to public service.Ironically the sitting MP Patrick McLoughlin is Transport sectary and Andy is a Train driver and really do come at public transport from different perspectives. The Labour Group look forward to working with Andy to win the seat for Labour next year’