A fantastic and innovative initiative from Derbyshire County Council. A shining example of what a Labour Council can achieve even with the full forces of Tory cuts to local authorities. 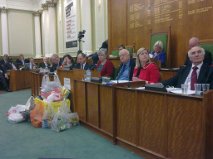 Derbyshire Labour group publicly donating food to local foodbanks at its recent Council meeting .Something not supported by Derbyshire Tories including Amber Valley Tories who sit on both Councils 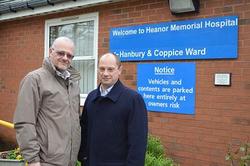 Heanor Labour Borough Councillor and Chairman of the “No to Closing Heanor Hospital Group”, Councillor Paul Jones, along with Kevin Gillott, Labour Parliamentary Candidate for Amber Valley, took up the issue of the future of Heanor Memorial Hospital with Southern Derbyshire Clinical Commissioning Group (SDCCG) in a series of meeting last week.

Stories about the future of the hospital have been circulating since asbestos was found there last year forcing its closure and hospital authorities have organised a public meeting on Thursday 30th January 2014 at Heanor Town Hall between 7.30pm and 9pm to listen to local residents.

Following the meetings, Councillor Jones said “It’s reassuring that health chiefs are talking to local community representatives about this issue because the future of the hospital is important to all of us. By making it clear that they have no plans to permanently close the site and that they want to listen to the views of local people they contradicted some of the scare stories that are being circulated about the hospitals future. But just as we’ve seen Tory budget cuts put Heanor Fire Station at risk, I am worried that further cuts to NHS spending could change things and threaten plans to reopen the hospital. This is a facility which is valued by the local community and withdrawal of health services from the site is not an option  ”
Also commenting on the meeting, Kevin said “Closing the hospital and selling the site off isn’t an option. As unwelcome as the discovery of asbestos is, I’m pleased that rather than talking about permanent closure the SDCCG see the current situation as an opportunity to talk to the local community about modernising the hospital and about the services people want in Heanor. I’ll certainly be campaigning to make sure that happens, Heanor deserves the very best, and I’d urge people to express their views about what they want to see happen next.” 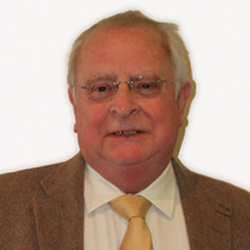 We are sad to announce the death of popular  Borough and Town Councilor  Bob Janes, after a long illness.

Labour Group leader Paul Jones said . ‘ Bob was not only a colleague but a personnel friend. he will be sadly missed not only by his political colleagues but by the Town for which he cared so much. Our thoughts are with jenny at this difficult time’

THOUGHT ABOUT THE TORIES AT MATLOCK

It is evident that the Tories are proving themselves to be completely out of touch with the realities of normal, working life. Yesterday, in the council chamber, they were of the opinion that it was an unnecessary expense for the Labour group to increase apprenticeship wages in Derbyshire, to be inline with the National Minimum Wage. This antipathy towards the young, hard working apprentices of Derbyshire surely highlights that the Conservative party are ill qualified to represent the needs of young people both locally and nationally. 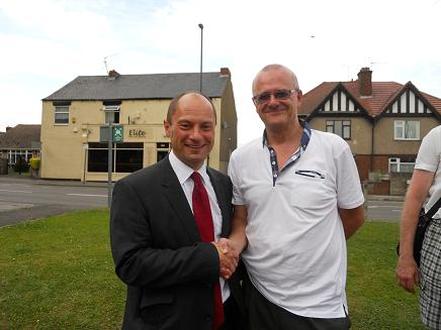 Cllr Jones said.’ Originally over 20 people applied to be selected to be Labour’s Candidate. After what has been a torturous process we have now made our selection. I look forward to working with Kevin to first take control of the Borough in 2014 and then defeating Nigel Mills in 2015. Kevin’s track record at the County Council already shows that he delivers what our communities need.’

﻿LABOUR OUT IN LANGLEY MILL FOR THE COUNTY COUNCIL ELECTIONS﻿ 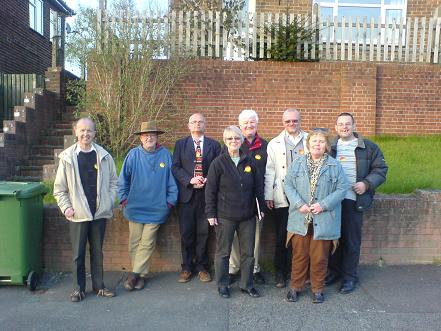